Edgeworth Partner Dr. Jesse David completed analysis of comprehensive concussion and injury data for the 2012 NFL season, along with comparisons to prior seasons going back to 2004. Edgeworth's analysis updates its previous work for the NFLPA, reported by The Washington Post and Esquire in January 2011 and received extensive media coverage from various sports authorities, including the Associated Press Sports.

Using statistical and econometric analyses of available data, Dr. David and his team: 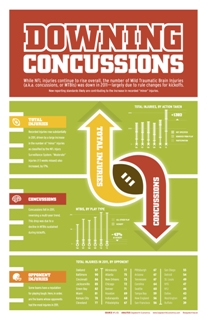